Quite Simple | Yet Complex 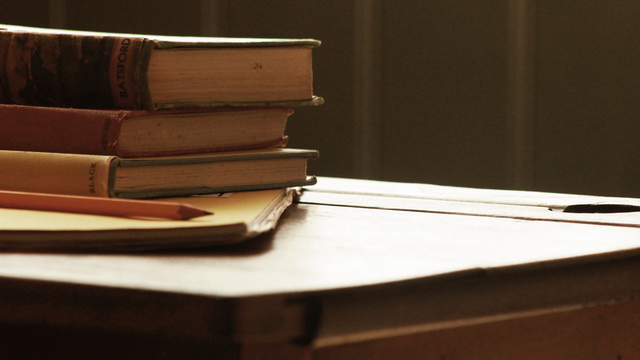 The energy of what inspires. Where quantum realms meet old and new magicks. As I indicated yesterday, I've been studying for a long time.

At a young age, her eyes venture to most everything in her environment, including the living. Ever aware of her surroundings, she is not paranoid nor vigilant. It is a silent curiosity. She files and categorizes all she learns. Parents equip her a bedroom with a dark wooden set that includes a desk, filing cabinet and bookcase. Sitting in the adult size chair pillow for cushion and height, she's there for hours poring over magazines, encyclopedias and books. Pulling another piece of lined brown paper from the stack in her desk drawer, she uses her fat pencil to take notes, check items off her list and creates more to-dos as they develop.

The magazines are a treat from her Mum as she is given permission to cut out what she wishes. After a bit of reading and cataloguing, she ventures to her favorite task that is coloring books filled with labels. Her preferences are Gray's Anatomy and marine life, transportation coming in third. Selecting a topic, she peruses the labels, studies the drawings and only then decides on the color coding. Her mother, ever aware of her daughter's attention to detail, provides her a smashing set of colored pencils. Last task workbooks. She enjoys English grammar; however, science and then math are her favorites. Going through them quite quickly, her mother keeps her stocked with blank pages from the local TG&Y.

The routine complete, colored pencils and left-handed scissors placed in the desk drawer, she files and returns all her books to their specific homes on the book shelf over her dresser. And now to integrate. For that all she needed was her companion and her car. Transportation, an antique blue brocade chair. Securing her baby doll, she ventures all over the world often places she'd just read about in one of her books or the encyclopedias having the full set of Britannica at her disposal.

We all start somewhere

Soon after college while working as Mortician, Hermetics and alchemy come to attention. Reading ancient texts, and sitting with myth and lore, she studies mysticism. Considering ideas around self-actualization via self-awareness and integration.

While earning her fine art degree, the quantum realms and fringe science in medicine become a bit of a hobby. Beginning with the idea of frequency and vibration, she integrates knowledge into bodies of work: Residue, Raconteur and Modal Existence to name a few.

Each morning, along with coffee of course, she spends time reading articles studying adding to and further developing the story of The Nine. As the tale unfolds and characters develop, she maintains careful notes.

A large felt board for visual.  The nine large squares keep track of the Gods and their shenanigans. While their charges, the mechanisms, get houseed with their closest God. OneNote stores the details of the world, the mechanisms, the gods, their magicks, the villain(s) and more.

A couple of lines of The Nine Trilogy bk 1:

Louis is steeling himself for Thana's gaze is uber-powerful and he thinks he might pass out. He knows everyone in the room is ready for his answer. He shakes his head shaking off the energy pulsing through him and responds. "Earth and Air." He declares Louis-loud style. "I am earth and air." He's slowly enunciates repeating.

"Got it the first time."  Luna is making fun of him. Will's super strength energetic stare begins to fire up. Luna thinks, "Oh... Crap! Herrman and Ebenezer energetically fly to Will's side protecting Luna from Will's pulsing power while Em sends Will a sense of acknowledgement asking for neutrality. Eastman intrudes into Will's thoughts asking him to release the fire within. Quinn had already domed The Nine in the green energy of the connection they have, both gift and curse. As each energy is represented, Thana remains observer so to not affect the balance. Will does not relent. His charge is the key to this quest! Luna's disregard is not tolerated.

"Sell crazy somewhere else Luna!"  Will energetically charges forward just as Luna opens her arms as the nurturing mother that she is as well. Will stops just before her outstretched arms. "You go too far Luna."

I hope you enjoy the flavor of The Nine Trilogy. What you enjoy most about fantasy sci-fi reads? The dreamy worlds, magic, space?

Look forward to seeing you tomorrow.

Ps- Feel free to comment on any my blog posts. I monitor the blog and love hearing from you.

Chere is creating fiction on Patreon

Very good, like seeing your youthful background. You were an interesting youngster I see! Love the teaser from The Nine!! Interesting characters to say the least.

Twas and adventure!
Glad you like The Nine. Looking forward to sharing more with you.