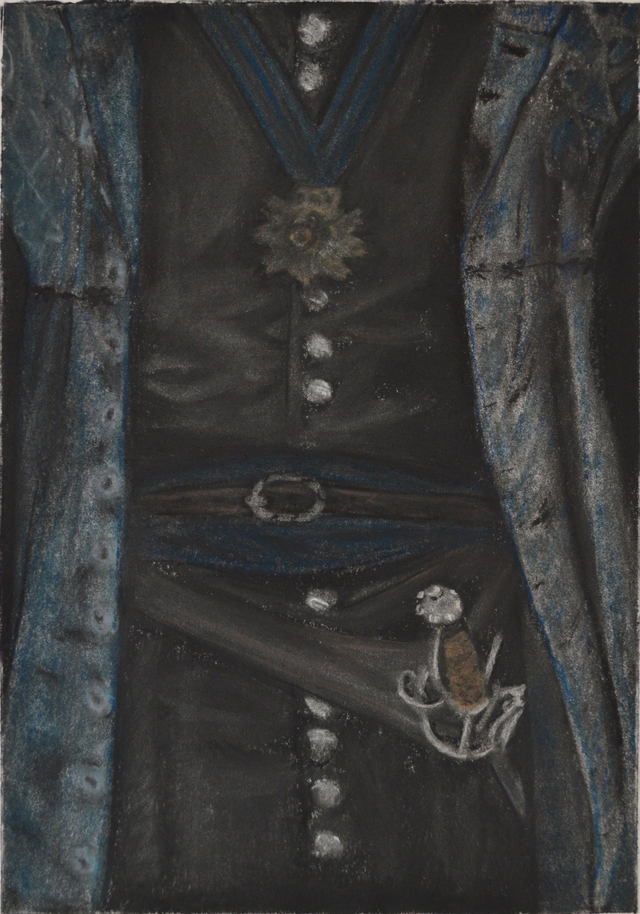 They just reach the crest of the street having chatted and laughed their way to the top of a long hill as there are many in San Francisco. The feeling of freedom encourages a pause. Finding themselves just past the respectable hour of night, the roadway is dark the lights of the city below illuminating the stars blanketing just outside their reach. Chilly San Francisco breeze passing though, they sit in the middle of the road Victorians like bookends on each side. Knees up arms wrapped around their cold limbs each has their chin resting. Just being integrating the experience with the present.

The long evening drew them to the Fairmont Hotel. Slow paced dinner at the Tonga Room, it is a marathon not a sprint. Champagne flows in lieu of Hurricanes this time. The band floats out onto the pool in the center of the restaurant. Their Polynesian style boat emanating tunes encouraging dancing. Giddy with bubbles and well fed, the group grooved to Supper Club music. A space that has withstood time, the vibe consistent tropical paradise since the 1940's. It's magic hour as each pair drifts returning to the table for dessert and after dinner drinks. As chatter finds more and more extended pauses the evening comes to an end.

"At the edge like this, you can really gain a sense of The City." Chere speaks in a reverent tone, just above a whisper.

"The edge of a bowl somehow." Josephine responds, her husband Scott nodding taking the last drag of his cigarette.

Though the ends tend to be sought, the middle may culminate the conclusion's state of being. She notices that people see shoes and facial expressions. Determined to examine the middle in earnest, the artist draws the center of the anthropomorphic form. Using a dark canvas, emerging representational forms are embellished with deep saturated colors. The hands, garments and oddments carefully drawn. Symbolism encouraged.

Rendered above, the Lady Elizabeth. An Elizabethan era woman, she extended an end. One version of the tale goes that her husband of Cornwall had been pirating, his trading ships containing goods from high seas capers. After suddenly passing away, the Lady Elizabeth took over the enterprise. Going out to sea the stars her guide, she captains her fleet of wooden ships continuing the venture burying her booty in the gardens surrounding her estate. Exposed! Brought to London for punishment, the Queen Elizabeth pardons her, perhaps for the Lady's fortitude. Sovereignty may empathize with a female pirate on some level. Role reversal the perfect disguise for the era.

Here, her long tailcoat the color of the night sky and black waist coat. Adorned scarf about her waist hanging intentionally for particular use is her sword. Circling her neck, the crest symbolizing her charge.

The chemical inception of a beginning. Oh how it feels so good. Filled with possibility and wonder. Smiles, energy for days surety that this is what it is. Linear time passes. The middle where grit and fortitude are often summoned. Integrity separating those that are committed from those that are just interested. More persistence and consistence. A crest as rewards begin manifest. Belief is reinforced with reality. It's magic hour the chemicals have returned. The end may be a slide as if into home base or a rope climb. Either way, the end is attainment achievement. Endeavor concludes. More Champagne.

Writing The Nine Trilogy bk 1. The beginning establishing the world and the tale, all the moving parts. Tis a lofty of feeling at this point with so much possibility. The middle draws near and it's make or break it for there's faking it in writing fiction, or at least that's my story right now and I'm sticking to it. Playing the game in earnest. Adventures experienced. At that crest, it's steeling toward the end game nearing the 'boss fights' as one would say. The last challenge, for me, allowing the story to end. For now.

There is a beginning, a middle and an end

Do you have a favorite? To begin, experience the middle or end?

As usual I find the blog fascinating. How you come to have such a different story everyday amazes me. And yes they are stories in my view. I used to enjoy San Francisco. The atmosphere is different than any other city. A shadow of each phase, you have done a remarkable vignette of an evening! Love it!

Lovely to hear that you are enjoying the thread through vignettes. Thank you! Indeed, San Francisco has its own magick.

Very Heartfelt, pulls you in, and leaves you wanting more.

Greetings Hal,
So glad you enjoyed the adventure!